Which flag to use for no attempt on homework question?

I saw several question about homework with absolutely no proof of attempt these days. I wonder if these question deserve a flag? If yes, which one? None of the actual flag fit for this need.

At first looks like "low quality", but this question would be salvageable if OP edits his attempts in. And "in need of moderator intervention" seems a bit too dramatic. I really don't know

That's only an issue for users with rep < 3,000. I can see that your rep is currently some 1,000 and that's probably why you're asking yourself about this. I had this very same doubt until I got beyond the 3,000 rep mark.

That's what I did then and what I do now: 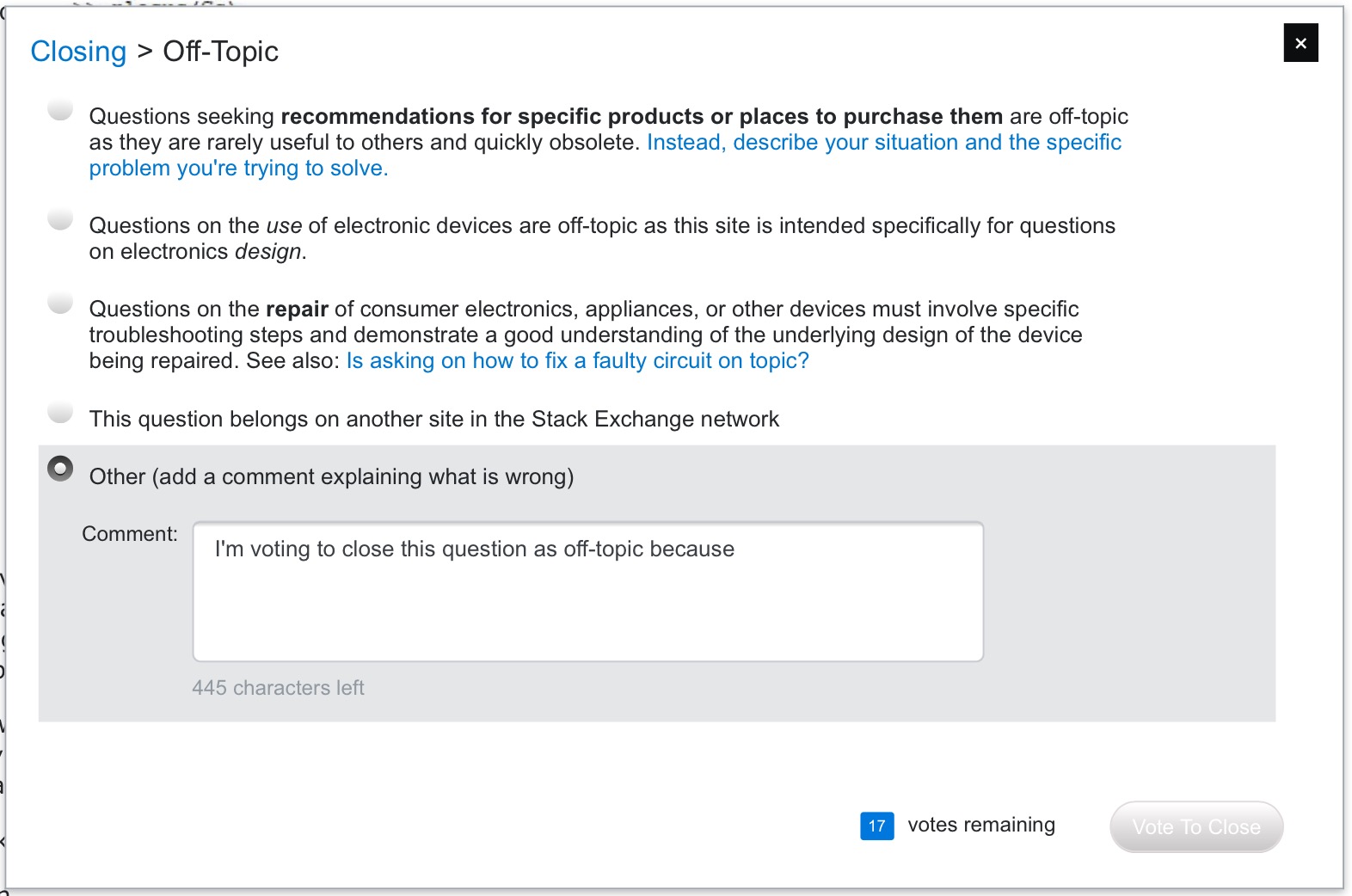 However, all of these are just guidelines, personal preferences or unwritten rules at best. I would also like to see a dedicated "homework attempt with no solution attempt" off-topic flag. It would be a convenient feature for users under 3,000 rep, and would also send a clearer message to users incurring in this kind of off-topic.

Usually, we just leave a comment about "homework with no attempt at a solution" and vote to close as "unclear what you're asking".

Not the answer you're looking for? Browse other questions tagged support feature-request flagging .

1
Adding a flag for homework problems

3
How should I flag this question?
0
Is the number of "flag" for moderator attention regenerating up to 10?
1
Adding a flag for homework problems
2
I flagged an electronics repair question and was told "That is a bad use of the flag system"
1
How do I make a suggested edit?
1
Flag a question, choices for suggesting another site
24
Adding a community specific close message for homework
1
An electronics question tangentially related to vehicular use got migrated