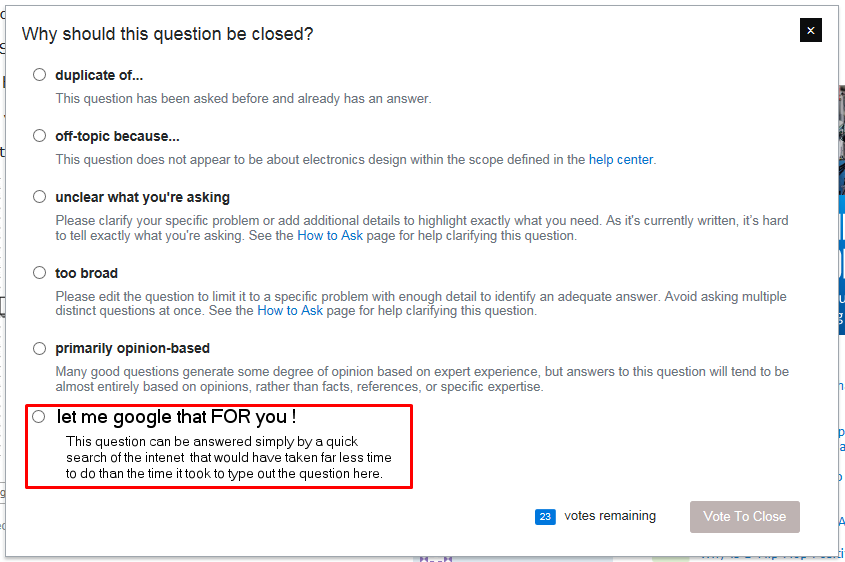 4
Let the user know that flagging a Question/Answer will cause you to automatically add a comment
8
Proposed change: automatic suspension/review of users who spam
16
Is there any way we could get an additional "closed" question flag that clearly spells out that the OP needs to include more information?
6
Dark mode for EE.SE
24
Adding a community specific close message for homework