The StackExchange app on my iPhone (6s) keeps prompting me to join meta - which clearly I already have. 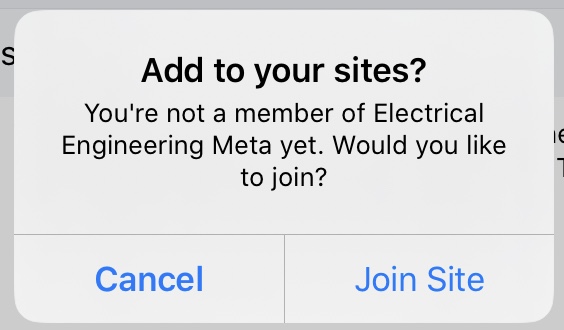 It prompts for this whenever I attempt and up/down vote or comment.

I have tried logging out, then back on.

I have also recently done a complete restore-to-factory-defaults on my phone1, and the issue persisted.

The bug appears to only exist for meta sites, not their corresponding main sites.

Is this a known issue? Or have any of you experienced and resolved this? It’s super annoying.