For years I'd sensed an edgy, unfriendly arrogance from occasional interactions with some users here in Electronics SE that I don't experience in any other science and engineering SE site, along the lines of what many had complained about in Stack Overflow in the past before it got better.

EE has definitely gotten much better after some changes in site moderators a while ago. Until recently I'd used a profile picture on this site different than the once I use everywhere else network-wide and that difference seemed to have made a difference; with it I got less flack.

Yesterday I tried an experiment and switched back to the same image I use everywhere else, and I immediately noticed a change back to the old, unpleasant experience. 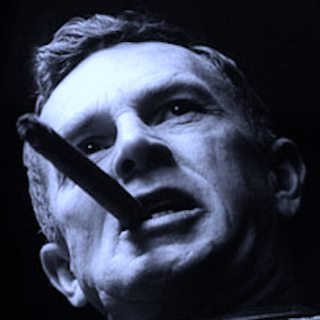 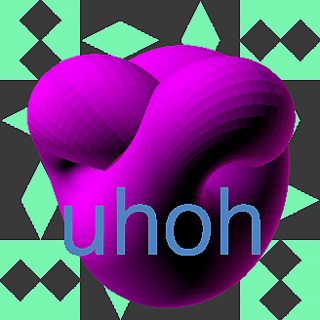 Yesterday I changed back to the mathematical surface used in sphere eversion, asked a question requiring a simple mathematical treatment, and was instantly slammed by a wall of critical, divergent comments and two answers all by one user.

Now the answer to the question is simple and I'd thought it would be a slam-dunk for someone to show that the power radiated by two dipoles driven 90 degrees out of phase is fairly isotropic over the whole \$4 \pi \$ sr in the far field, but instead there are rapid fire comments that proceed in a large number of divergent directions, each testing a way to negate this simple, undeniable mathematical fact.

The barrage of comments require careful reading; taken lightly and combined with the user's rep, they sound authoritative and can appear credible, but taken all together one can see that after each is shown to be false, mathematically problematic or irrelevant, another "angle of attack" is tried. I don't feel this is trying to solve the problem or address the question as much as it is to extinguish my hope of an answer, to cause me to leave the site or to give up participating and not to get to the answer to How can a crossed dipole (turnstile) antenna be omnidirectional in 3D? which is simply to drive them 90 degrees out of phase.

Question: Does this site strive to be positive, thoughtful, cooperative and get to the bottom of interesting questions. Is that what happened on my question, or was it something else? If one feels that a user has a different goal, how can one call this out?

I invite readers to review all of the comments and take them together before addressing the "Is that what happened on my question" part.

Since I'm the one that took the time to answer your questions, I thought it might be fair to also spend a bit of time on your meta post, uhoh:

Now the answer to the question is simple and I'd thought it would be a slam-dunk for someone to show that the power radiated by two dipoles driven 90 degrees out of phase is fairly isotropic over the whole 4π sr in the far field, but instead there are rapid fire comments that proceed in a large number of divergent directions, each testing a way to negate this simple, undeniable mathematical fact.

Excuse me, what you pose as, quote, undeniable mathematical fact is a falsehood. The antenna you depict is not fairly isotropic. But that's the subject of my answers there, and shouldn't be the subject of meta.

You asked a question on EE.StackExchange; I answered, both from experience, and with a physical background why the claim made ("this specific turnstile is isotropic") is a falsehood.

There's really nothing that moderators would need to do about my answers: They are either right or wrong, and as you noted in a comment, that is subject to readers to signify by voting (after recognizing that, please note how the votes have played out so far, to be consequential).

I did my very best to be authorative, because you asked me to. I've indeed cited the original paper from which that antenna is, with a figure that clearly shows non-isotropicness, and a quote that describes the far field as non-isotropic.

While I can see why you may feel there is a disagreement, I fail to see how one question constitutes a trend.

Users are invited to follow the code of conduct, those that repetedly get flagged are suspended (or those who choose to communicate blantent abuse). There are no (as far as I could see, I read 80% of the discussion) comments on the post or in answers that contain put downs (usually these posts contain the word 'you' or the name of the user), harassment or personal attacks directed towards another user.

Sarcasm is not welcome as it is usually misinterpreted. Other than that someone can disagree with an idea and still post comments or answers. It is possible for many views to exist on complex subjects like antennas (I consider antennas more of an art than a science) If someone has an answer that looks good vote up, if the answer looks wrong vote down.

Not the answer you're looking for? Browse other questions tagged discussion comments specific-question .

57
Does EE.SE have a problem with the treatment of newbies?

4
Should we acknowledge other answers with an upvote, if we learn important info from them, and use it in our answer?
2
How to ask that another's question be taken off of 'hold' so I can contribute another answer?
6
2021: a year in moderation
3
Maybe I'm two more deleted comments closer to a suspension