The LaTeX sandbox question is crashing the page

In Chrome, the EE.SE LaTeX test page crashes the tab. Link below:

Test the new LaTeX markdown in this Sandbox question!

The page partially loads (at least everything near the top for me), and then I'm presented with an error message: 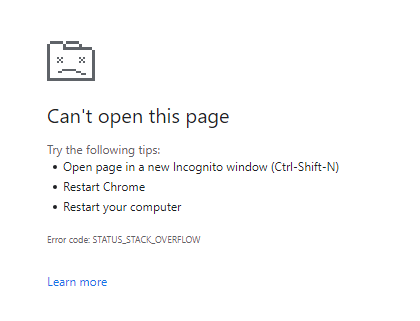 It doesn't look like the question or answers have been recently edited, but there's also no indication how long this has been the case. Thanks to @rdtsc for bringing it up.

Makes me wonder whether one of the comments or answers on that page is crashing the client-side mathjax... there are some possible candidates...

Suggest we (temporarily?) create a second sandbox (not this question because we need it for meta) and trial the likely suspects there, under chrome browser... Update: I created a draft meta question and tried each of the 22 answers, but none of them individually caused a crash. So maybe it's not an issue of bad mathjax/LaTeX code, but client-side resources being stressed?

Went digging into the timeline using firefox (because in chrome it was crashing the tab immediately after displaying the page, which is slightly different behavior than when browsing directly to the question -- now it's displaying correclty in chrome. Hm.) Anyway here's what I see under firefox: 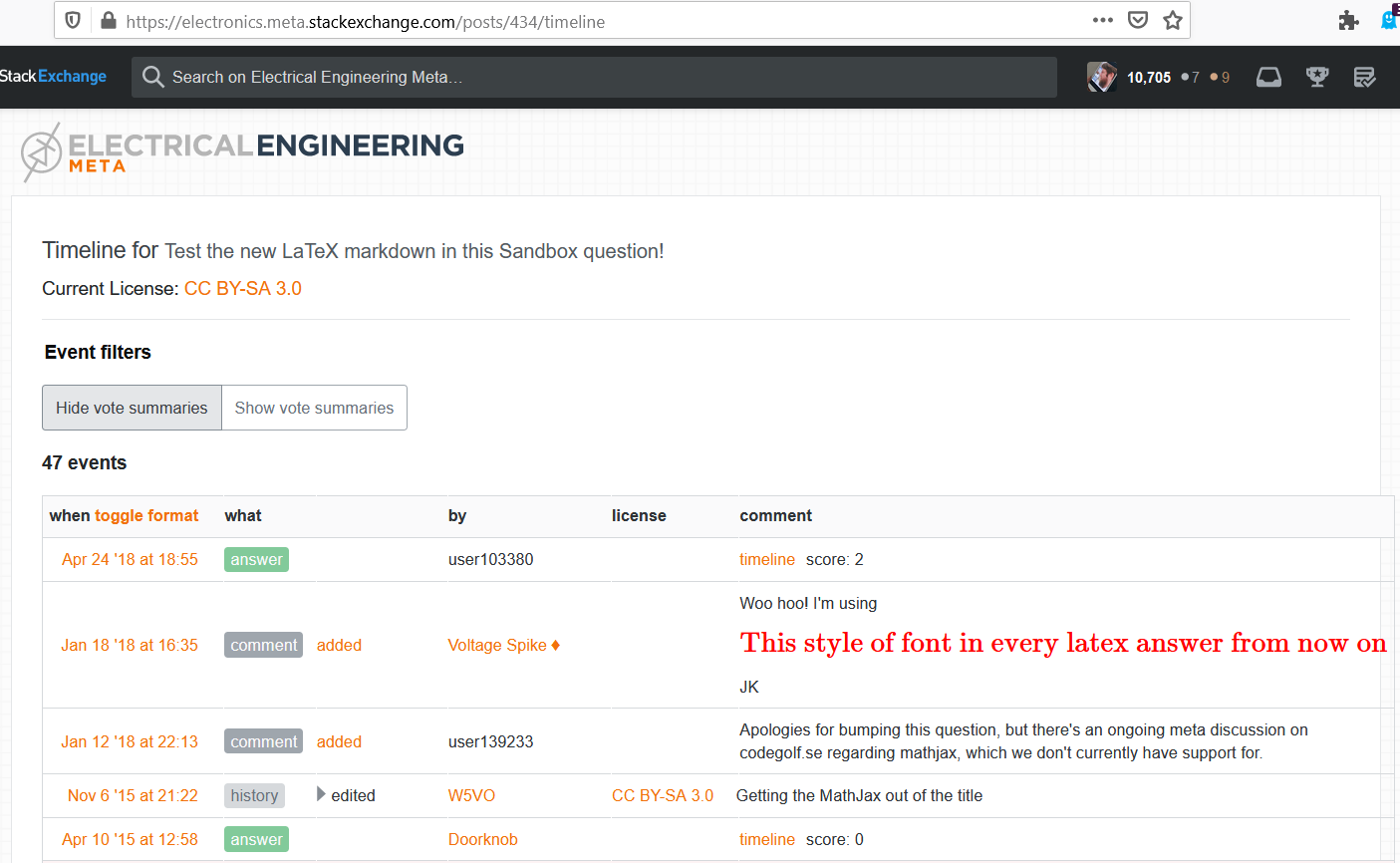 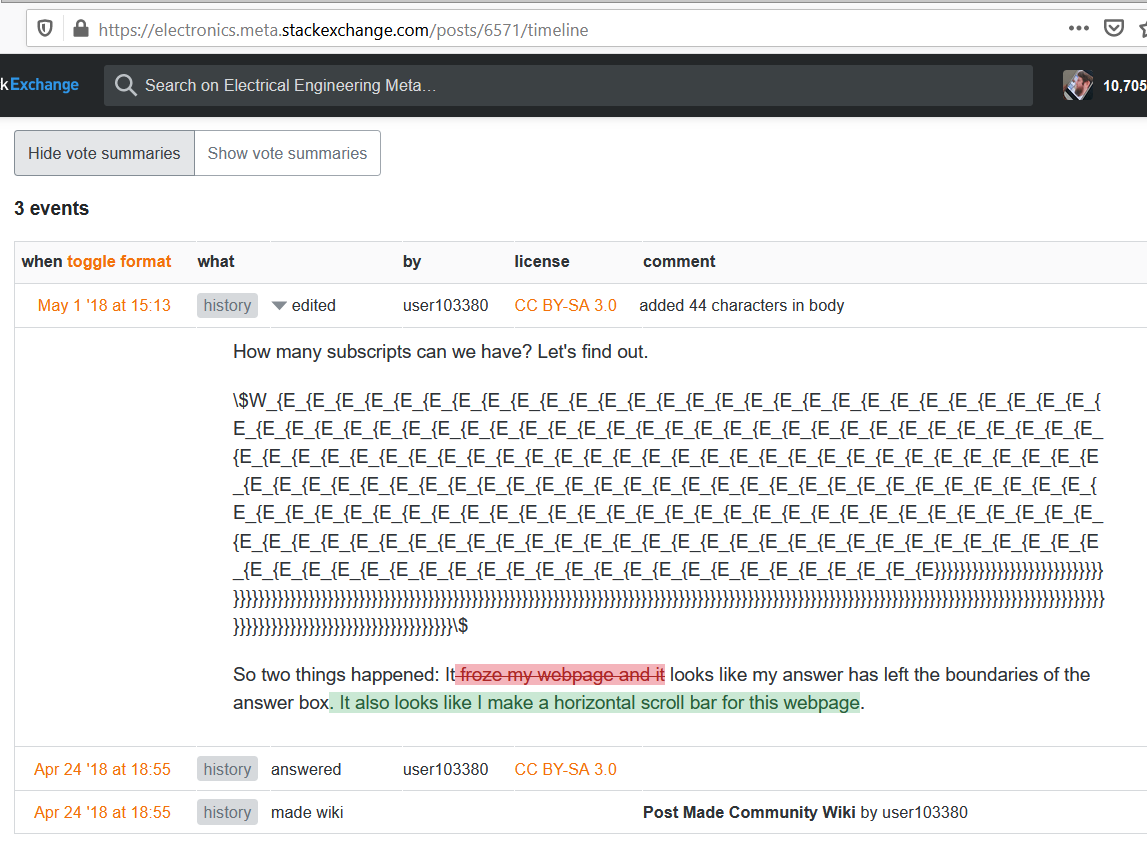 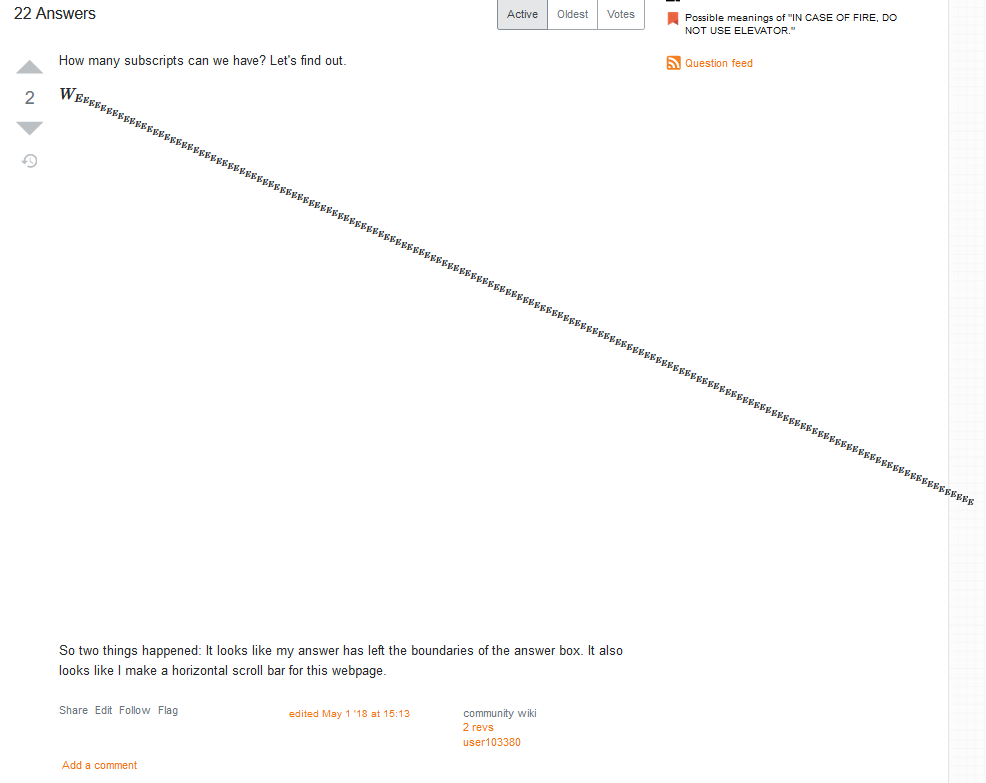 and also this observation about a browser crash: 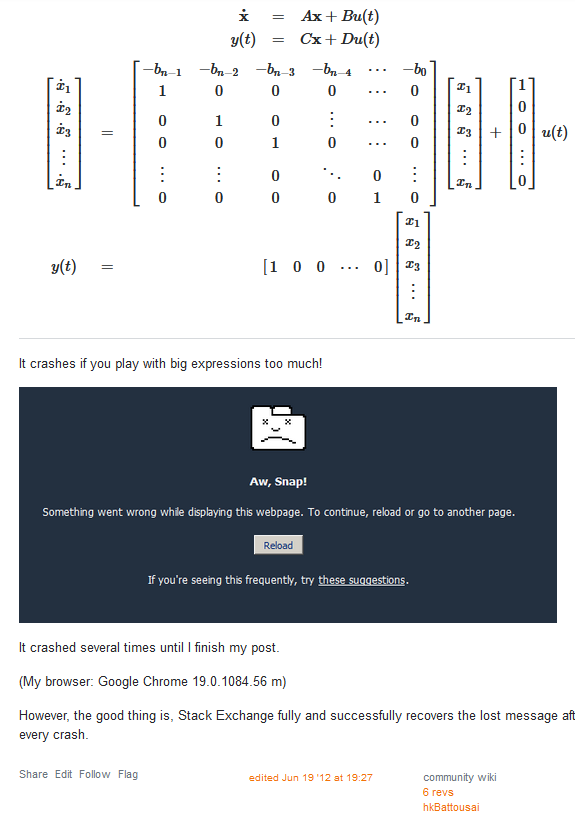 Not the answer you're looking for? Browse other questions tagged support bug status-completed .

8
Test the LaTeX markdown in this sandbox question!

6
$\LaTeX$ turning into $\\LaTeX$ in the meta titles on the main site
3
Missing Image on Unsubscribe Page
3
Closed question statment at the bottom of question is incorrect
1
Slow Script when loading page
3
Can not get to suggested edits review page
5
Incorrect example in editing-help page
2
What's wrong with the User Profile Page alignment?
0
Clicking the notification tray takes me to the login page
4
Help page about embedding LaTeX is wrong, needs fixin'