Every now and then we get posts with ridiculously large pictures in them. Case in point: 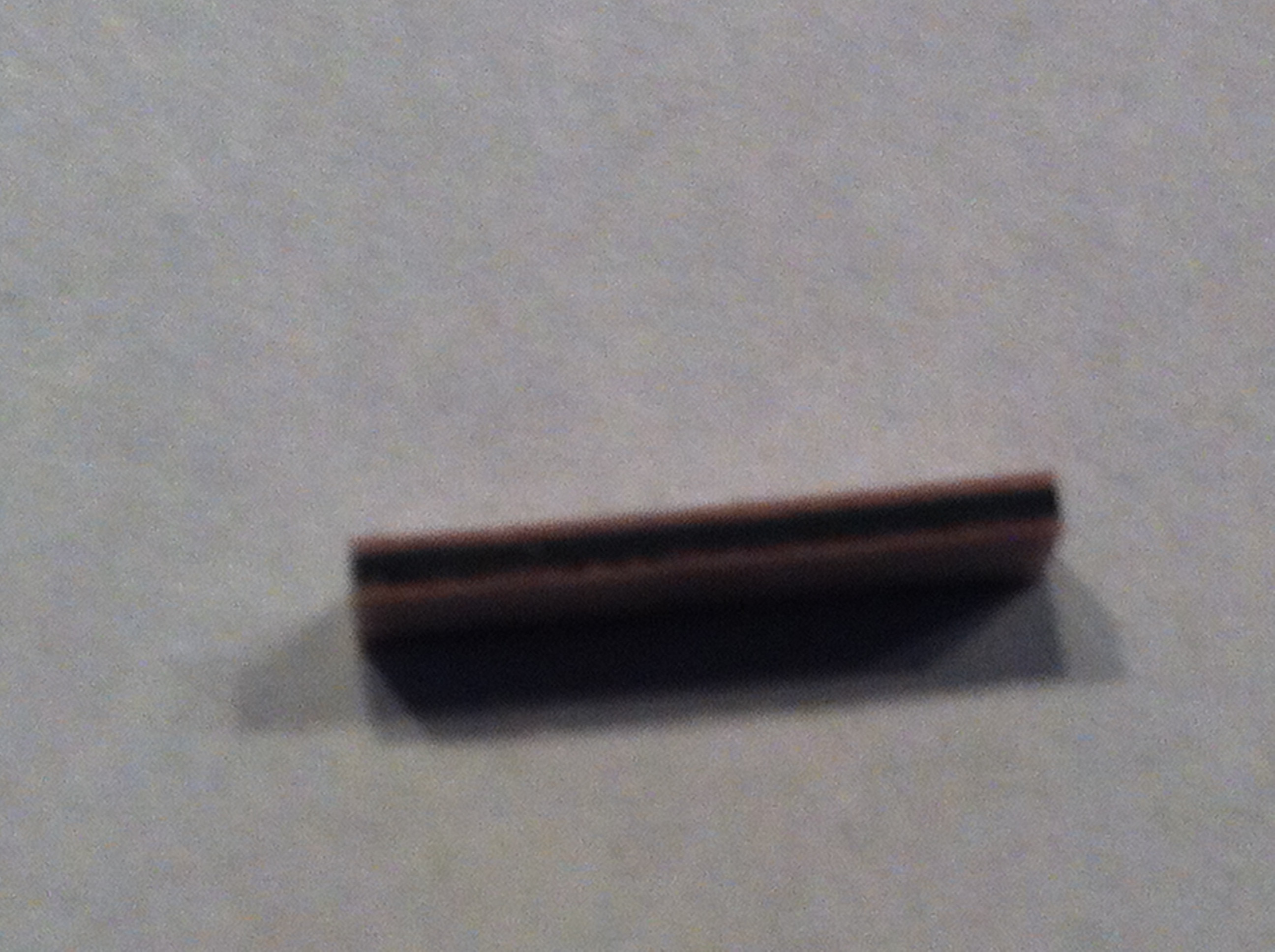 from this question. That's a 5 megapixel photograph, and I guess we should be glad that OP doesn't have a Hasselblad H4D-200MS, or it would have been a 200 megapixel picture. I scaled the picture down to 1 % of its original size: 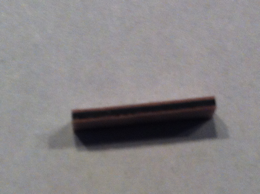 and lo and behold!, no information seems to be lost. Even after throwing away 99 % of the image.

OK this is a very unsharp image, but what if there's a detail that matters? Well, crop the picture to that detail, and post that. If you think the total image is relevant as well, then post a scaled down version of it, 640 x 480 is more than enough.

Yes, a irresponsibly large image is only one of several things someone can do to make their post annoying. But it's different in that this is accessible to anyone regardless of having to pay money for tools or how proficient they are with English. In short, there's no excuse.

Some say it's OK because the system resizes it for you, but this logic has two flaws:

First, that's not always true. On one of the systems I'm frequently on large images are not resized. Here is a snippet of the screen shot of the top of this question: 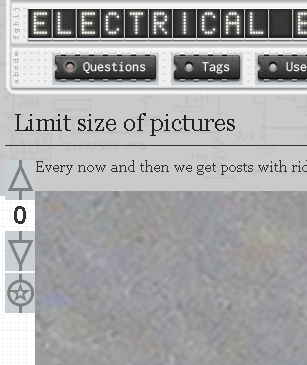 The fuzzy gray area is the top left corner of the full size original image. I can't even see the connector part in that picture with the window I am using without scrolling.

Second, most browsers don't shrink pictures very well. When they do shrink them, it's usually just resampling at the output resolution. That is fine when the original is fuzzy enough as in this case, but it makes a mess of line art like schematics. The basic issue is resize algorithms generally don't do anti-aliasing, probably to allow for faster display since good anti-aliasing takes significant compute cycles.

The right answer of course is for users to do the work once to properly size a picture, then upload that. Then every browser can display it properly without having to guess what it should do with it.

Part of the documentation for the site should clearly state that:

Let's at least say all this to users clearly like we do other rules and recommendations for this site. That also gives us something to point to when resizing and cropping a picture for someone, and provides a more clear justification for a downvote. I have downvoted questions before that were poorly communicated, in part based on sloppy and annoying pictures.

A bad picture is more of a insult to us all than bad wording, because anyone can fix the basics of a bad picture whereas it takes time and effort to learn english. We need to draw a line and stick to it, else we'll get more of the same dismal quality of pictures we have seen here lately.

I don't see a huge difference between oversized images and a lot of other "poor etiquette" behaviors, such as:

We should nicely encourage the user to crop and resize to make the image more web friendly. However, just like English isn't everyone's first language, not everyone is proficient with computers to the point where they could make their own crops and resizes. Would you consider a filter that looks for the = character and blocks the question if it doesn't use MathJax? Would you approve of a filter that demands a rewrite if a post doesn't pass a spelling or grammar check? We are constantly asking users to include an image for clarification, we shouldn't throw up another barrier for that to happen.

It isn't the end of the world if we the community need to do the finer image editing to optimize the question for the web. I'd be willing to bet that imgur would charge more for the bandwidth of the large image than the storage, especially for popular questions/answers.

Closing a question sounds final and comes to me as not particularly hospitable to new users. Maybe a better option is to "Question suspended until image resized to reasonble geometry." With a subscript "Please mind our mobile users.". Then uploading a smaller image can automatically resume the question.

Sure it needs mod attention, but it solves the problem that some images are rightly large scale whereas others aren't.

Also I think many users don't realize the size of the actual image, so an (annoying?) warning during upload of a large file could work.

Why not suggest a site feature that automatically takes a lower resolution "thumbnail" of the image and places that in the question with a high rez version that can be accessed by clicking. This can probably be done by the software relatively easily and automate the process.

This seems the cleanest way, users dont have to worry about downsizing and uploading two different versions and olins computer can load the image.

Not the answer you're looking for? Browse other questions tagged discussion feature-request .

3
Reason for 200 upvote points limit?
7
Using copyrighted pictures
10
Should we have a standardized PDF upload service/location?
5
Noob asking for circuit design help - any right way?
4
Option to resize pictures while uploading
0
Why should we allow reference list questions?
3
Option to make uploaded image into a link to itself
2
How to adjust image size in stack post?
3
Why were these comment not unfriendly or unkind or rude or condescending and flags rejected?
0
Add pictures or schematics in this forum